I kept getting this text tonight. What became many texts from Caviar about an order being delivered with instructions: Go to the app.

I didn’t have the app.

My optimistic (and ditzy) self thought:

“I wonder if someone sent me something for my bday. Maybe a special treat is being delivered!!!”

My mind went to cake.

It always goes to cake.

But Caviar was threatening to cancel the order and I was not home to receive it.

I became forlorn and confused.

Did they have a loyalty rewards program?

Was I not going to get the points?!

I want the points too!!!

Then I realized they were not sending me anything. They were telling me to DELIVER peoples food.

A lot of people’s food. 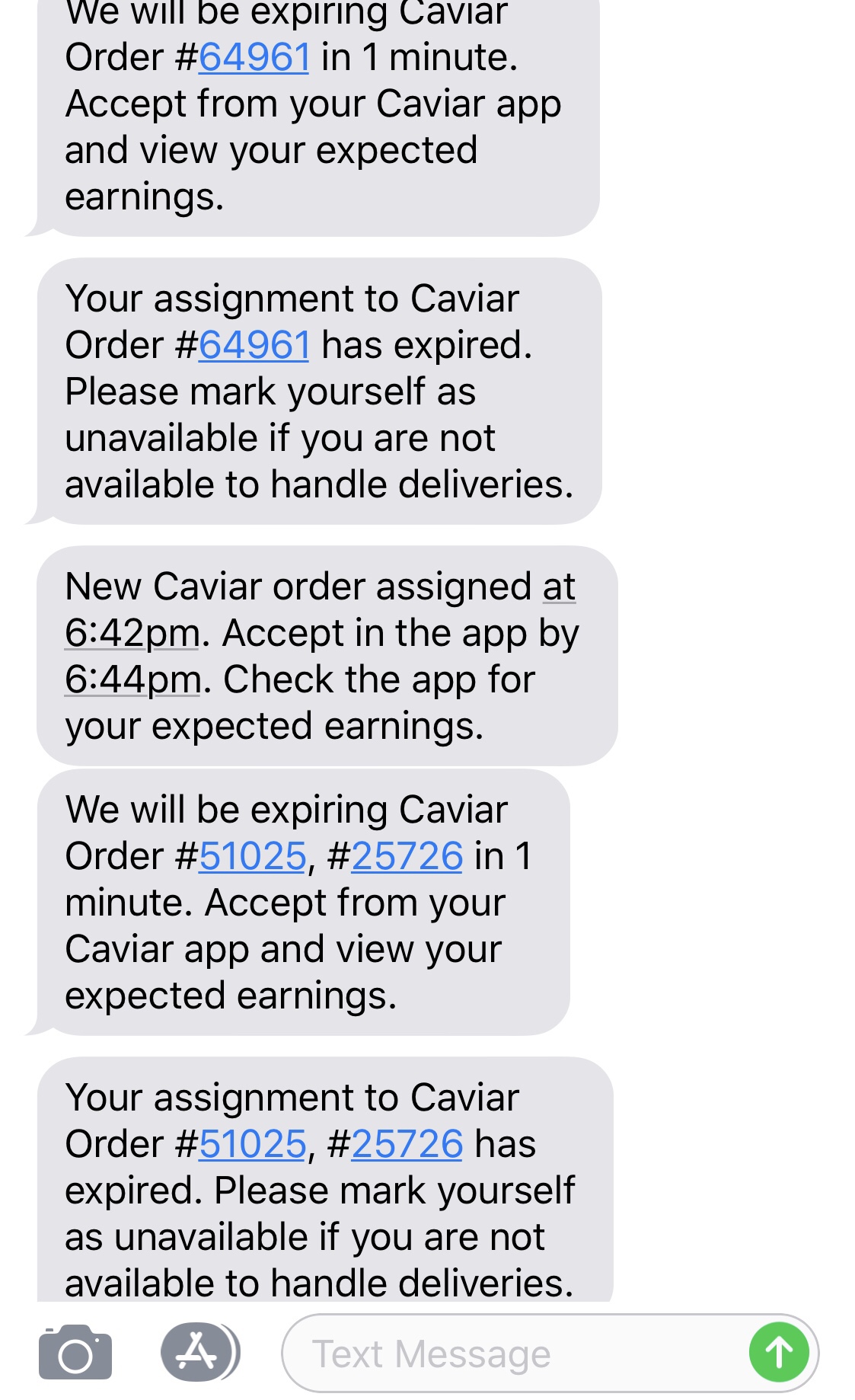 I was not on the ball with this task and I didn’t like the bossy, snide tone of these texts with dumb links that went to nowhere.

A Caviar delivery person must have had my number, the wrong number entered into their account.

Thankfully the texts have stopped.

I guess that means I won’t be having a birthday cake delivered… and a whole lot of other people won’t be either.

At least not tonight.