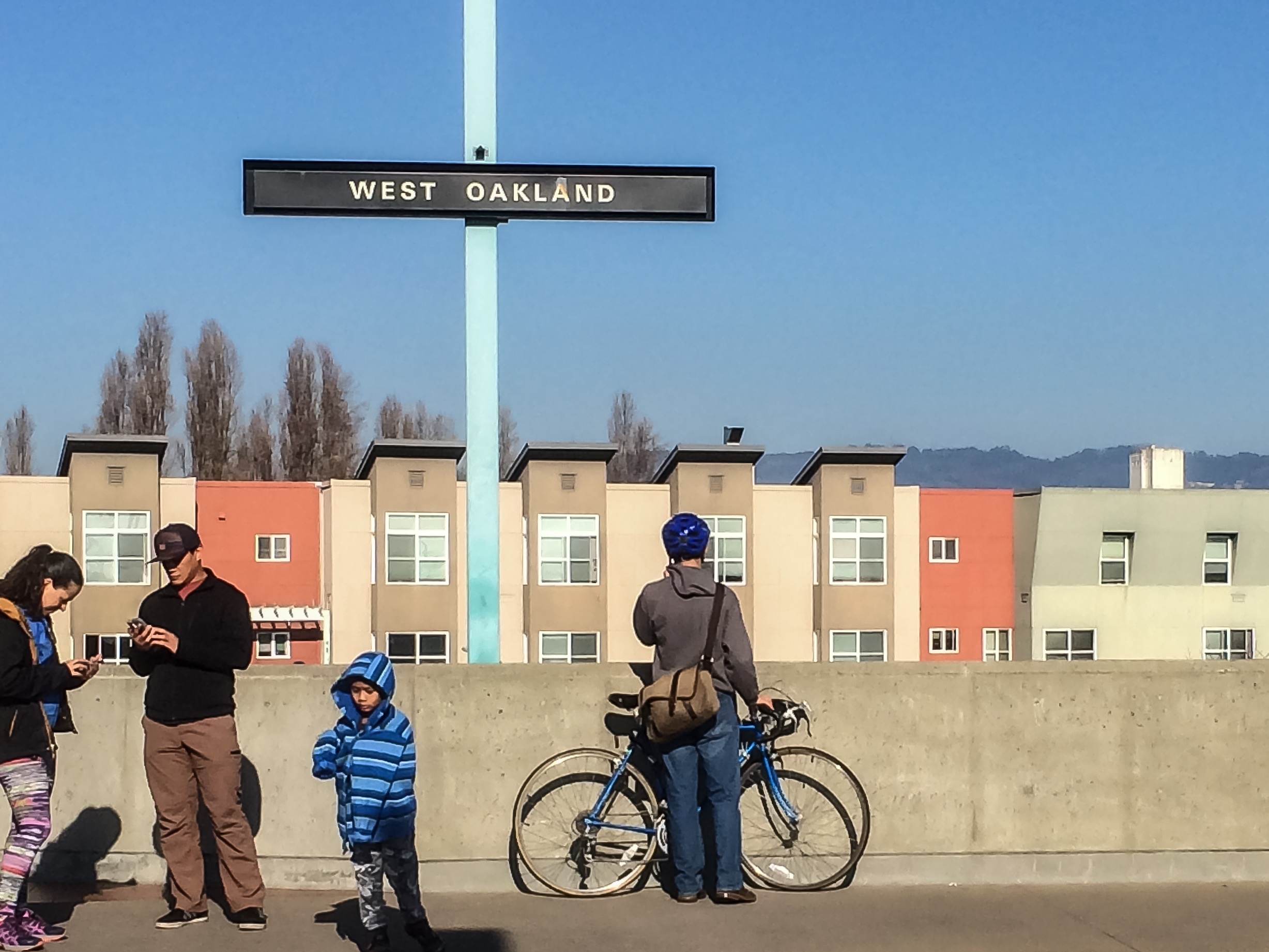 My identity fell out of my jacket pocket this weekend leaving a Pittsburg/Bay Point bound train at 16th Street/Mission. I’ve never lost my drivers license or a wallet before. Certainly not with a passport, health insurance, debit, credit and a clipper card. 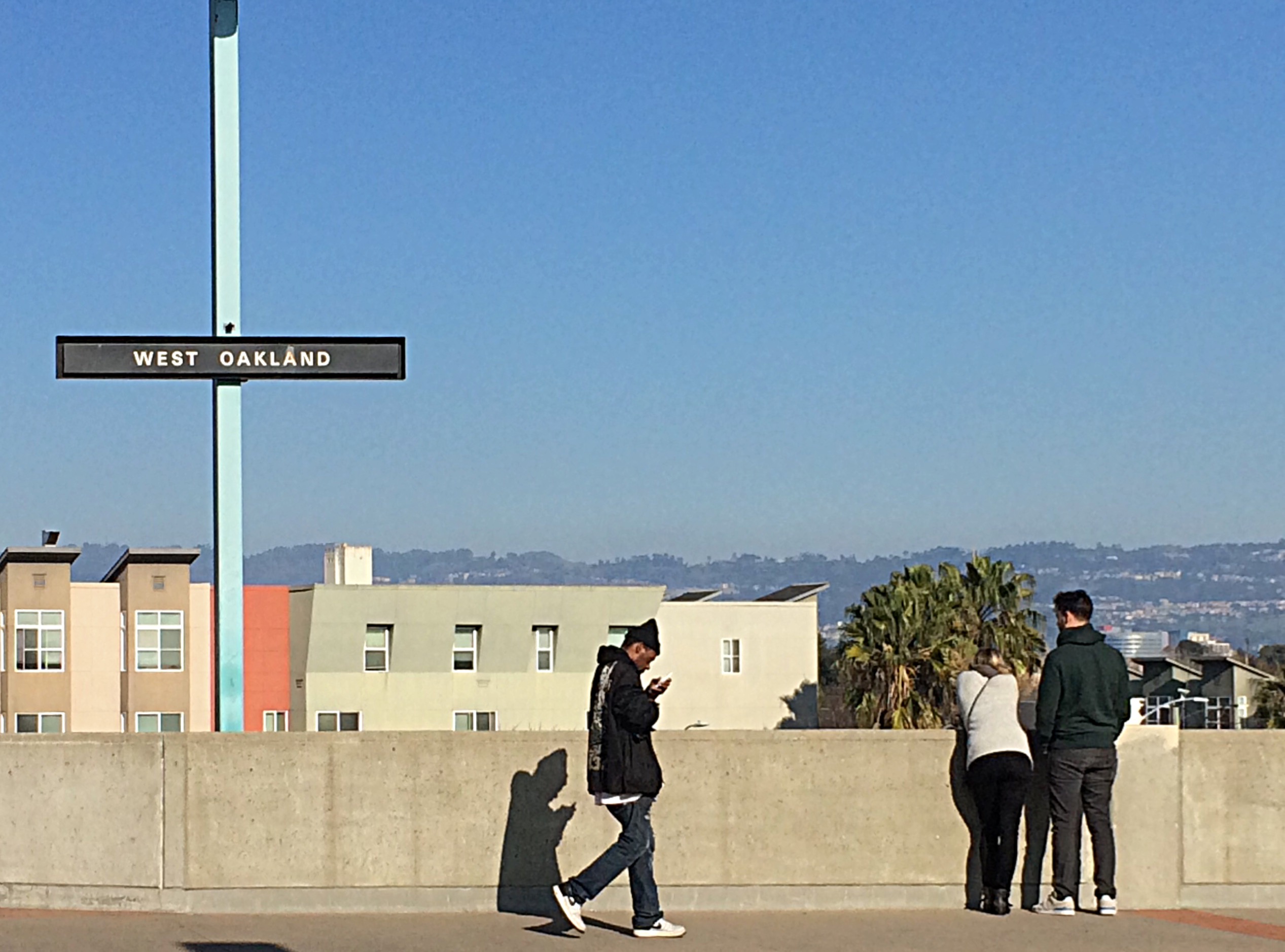 Because my cards were wrapped together with a classy rubberband, not in a proper “wallet” Civic Center let me know they could not search by item. I asked the station agent if he could search by name, my name. Nothing came up.

I learned at Powell Station that if anything is turned directly into a station agent the item is physically tagged, placed in a bin and immediately logged into “The System”. At this point I had every station agent checking the system searching through different queries: “lost ID”, “CA Drivers License”, “Passport” “American Express” “Bank of America”, “Clipper Card” and most importantly by my semi unusually spelled first and last name – a name that I made sure included a “y”, 2 C’s, 2 F’s and no e at the end.

At Montgomery Station I wrote my name down on a post-it (but people still forget the “y”) which gave me the idea to ask them to also search without a “y”. Hundreds of ID’s were being turned in but nothing close to my name in the last 24 hours. I felt a little hopeful to see how many are ID’s are lost on BART then returned to a station agent who then logs it into their system. With BART’s 400,000 riders a day there is bound to be a few wallets and ID’s that slip out.

West Oakland gave me a BART brochure with the Lost and Found number on it and something about “It will take 72 hours to show up in the system” They’re open M, W, F. I placed it in my bag with a better feeling that I now had a BART map on hand.

At 12th Street/City Center someone had just turned in a wallet with $250 cash in it. “So there are good people out there” the station agent said with a hopefully raise of his brow. In that very moment I felt wonderful hearing that. Then I headed to the next station.

At 19th Street/Oakland I learned that when a train reaches the end of the line they do a sweep to make sure nobody is on the train. Anything found on the train by a train operator and not given directly to a station agent is sent and entered into the central lost and found system. 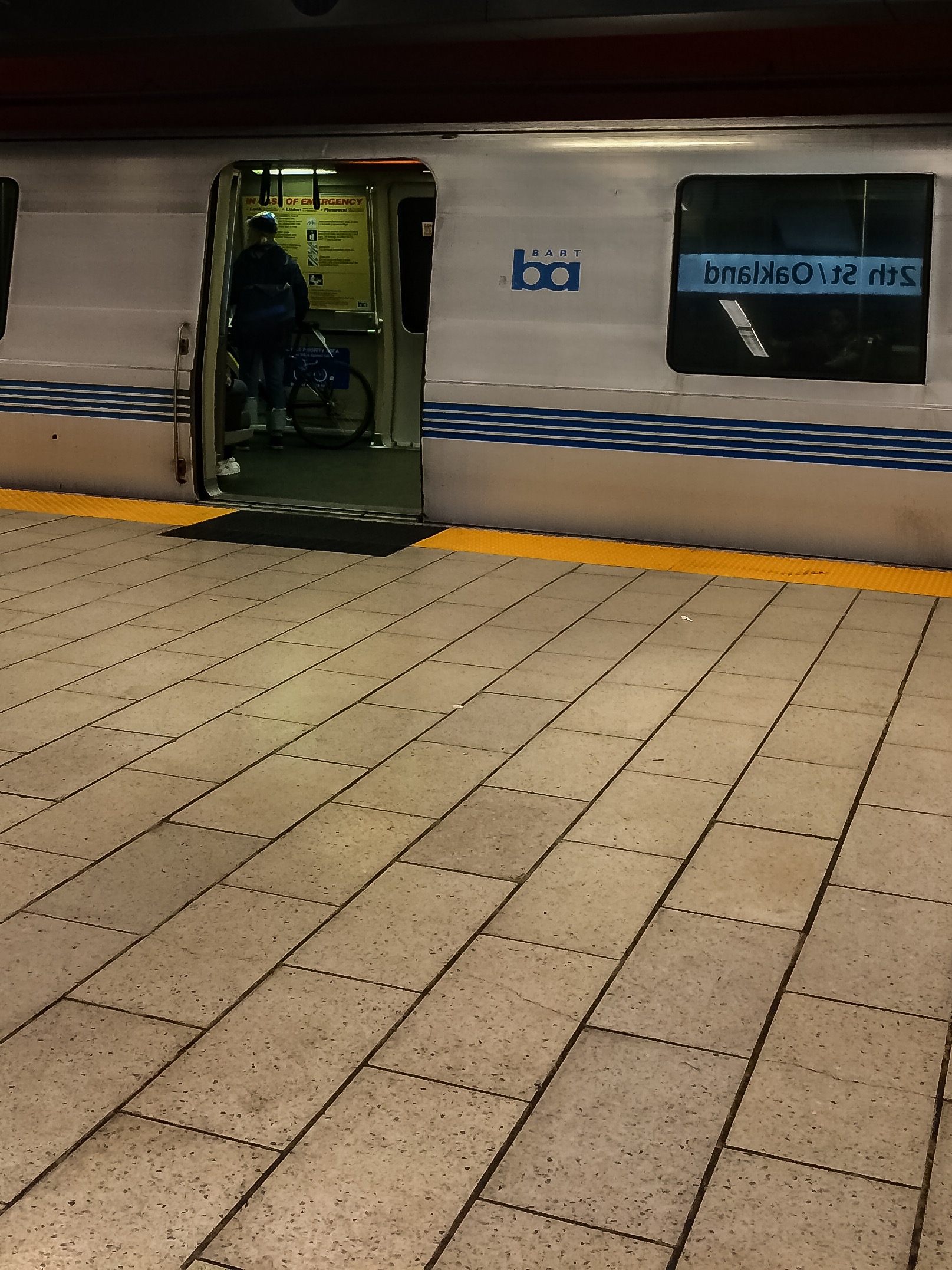 By the time I got to MacArthur I ran into the same station agent that was working at West Oakland. He had a “check the bin” style vs a “check the system” style.

After the 8th station I began to hear the same thing. The Rockridge agent gave me a curt: “Monday is a holiday, Call lost and found on Wednesday.” When I asked if there is a chance it could be at a station but not yet entered into the system I got a semi-exacerbated: “A rider could have transferred to another line, they could have turned it into the airport for all you know”. She was Russian and generally not a very or patient or optimistic person but spoke The Truth, which doesn’t pair well the requirements Hope sometimes needs: a suspension of disbelief. Either way my logic was flawed.

The agent at Orinda Station did the most thorough search of the system searching by each type of card that was missing and different variations of my name. He was nice to take the time. It was also very quiet out there.

As, he clicked through a nest of gray screens filled with irregular spaced, deeply inset forms and fields truncated with thick buttons, he grumbled, “That’s what I hate about this system, you can’t search for lost items in the central lost and found”

He added a final “Sorry, I guess you’ll have to check with lost and found on Wednesday. It will have been more than 48-72 hours by then”. Perfect timing, I guess.

The chance of my ID/wallet reaching the end of the line WITHOUT someone seeing it on the seat near the train door entrance (I remember exactly where I sat) is very unlikely given how far it would need to travel (16 stations) from 16th street/Mission -> PTS/Bay Point. That’s also assuming a passenger that found it, didn’t transfer to another line and exit out of any of the 40+ stations.

So it was most likely taken by someone, trashed, or in “Wednesday’s-lost-and-found-system” 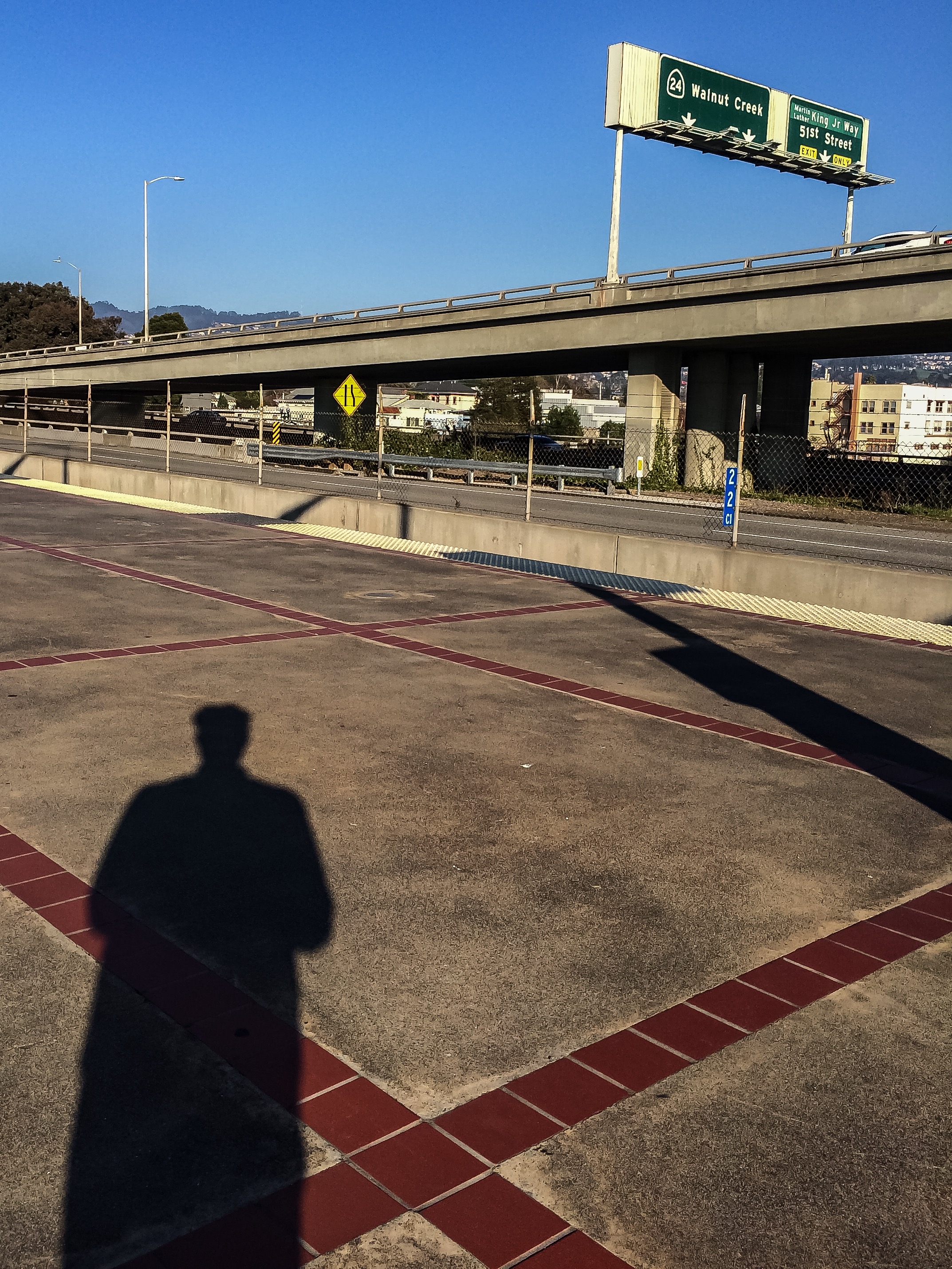 After 4 hours my hopeful logic of it ending up squarely on the PTS/ Bay Point line was cracked, my shadow on the Walnut Creek BART platform had grown long and scary, I was hungry and cold so I returned back home to 16th street Mission.

It’s truly amazing how FAST it is to get home when you don’t stop at every station.

In a blink of an eye I was staring at a “see station agent” light upon my exit at 16th Street. The station agent took my Bart Card and asked: “Where did you go today?” “He recognized me from the previous day when I first realized I didn’t have my ID or a ticket to exit with. I told him what I had been up to, looking for my ID’s in the stations. He waived the $5.75 fee of exiting out of the same station, I entered through.

As I was on my way up the stairs, finally exiting out of a BART station, I found a Cheetah print, Liz-Claiborne wallet (it was not mine). I picked it up from the cracked clay-tile steps, and returned back to the station agent. “You’ll want to put this in the systems” I said. The station agent smirked “Have a good evening sir”.

I didn’t find my band of cards but I learned how a lost and found system in a large transit network works. It took about 4 interviews to understand the existing lost and found protocol. Another 4 interviews to see enough patterns to feel confident in how the system works between BART agents and their technology. And a final 4 to begin asking questions that challenged how the system works, to hear where the technology is broken or falls short in how its designed. I’m sure if I travelled to the end of the line I’d uncover more of why the lost and found system was designed the way it is, but that wasn’t going to bring my ID back.

What will bring it back is waiting, still, in a DMV line and I will visit only one place for that adventure.