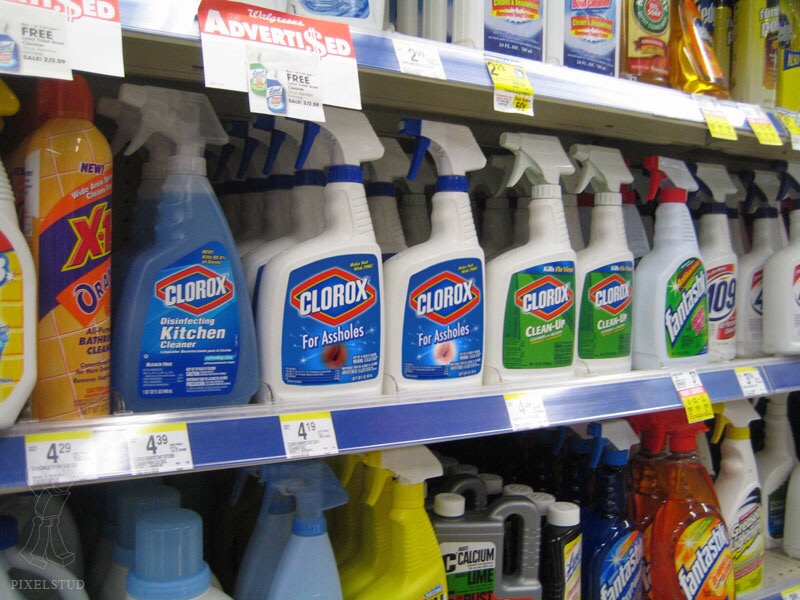 I guess I’ve been out-of-it.
That’s what a year-and-two-thirds of ‘celibacy’ will do for you… along with the proverbial cobweb there is a very dark hole that could grasp a ray of light or 2.

It was only upon a friend’s visit to NYC did I hear about his hit and run with male starfish whitening.
Enlightened by the prospect I did a bit of research and I spotted a product marketed online and aimed towards women: “lightening gel for sensitive areas.”

One woman claims in a testimonial that after 5 children her vagina AND anus had discolored to the point that her husband was just “really turned off.” Sweet cheeks, maybe it’s just the stress of 5 kids!

It’s also what some have been doing to insure clean SAFE sex… aside from a bleached asshole being more aesthetically pleasing to the eye than a dark brown one. But the “safe sex” part just makes one sound like an… well, you know.

Gurls, if you want to change the color of something on your body you should start with the eye that blinks, NOT the one that stinks. That is unless it looks like a junior mint. YUM!

In the END we all want to see something pleasant in the starfish we are poking. Since its VD day I figure I better “brush up” on all this. That said I ventured to my local Walgreen’s on 18th & Castro… the gayest one of all, in hopes maybe they had a spot remover… a product for my constituents and I.

In the cleaning aisle I was *truly* surprised to find which heavyweight brand has taken a poke at this amazing asshole-whitening craze!

The packaging even has a hologram that turns from stink to pink! Cool!!!